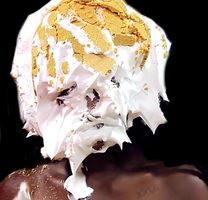 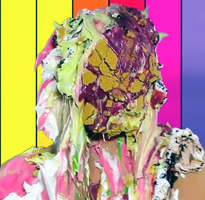 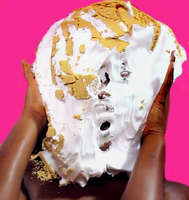 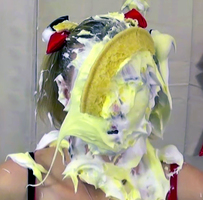 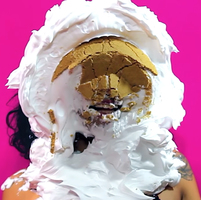 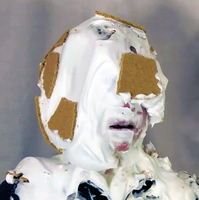 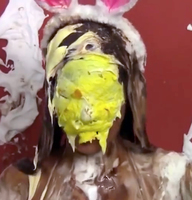 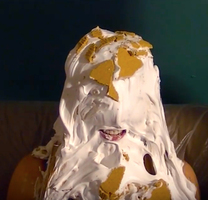 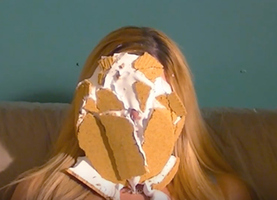 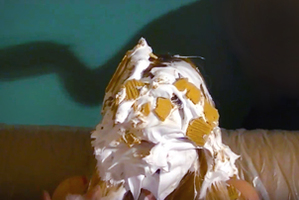 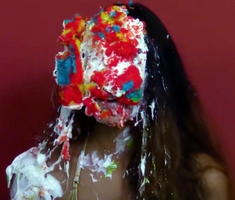 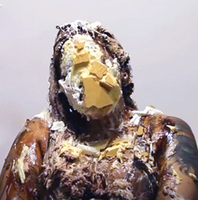 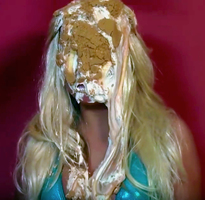 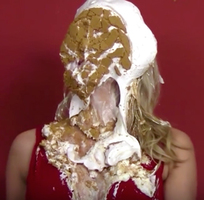 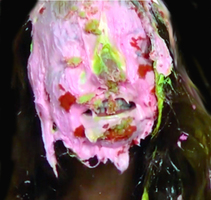 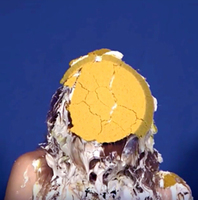 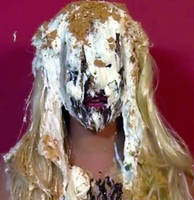 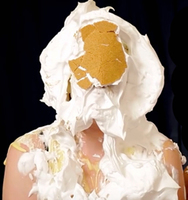 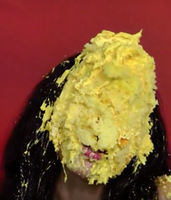 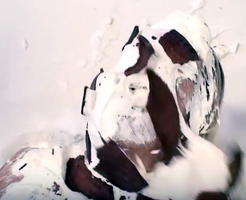 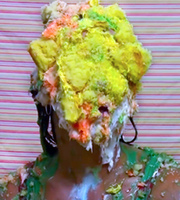 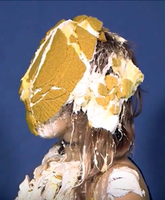 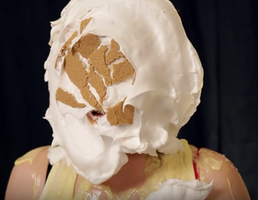 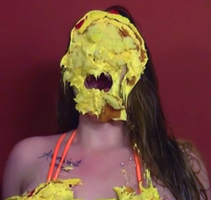 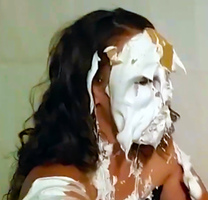 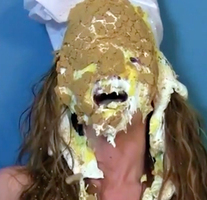 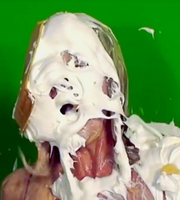 “Pieing, the goal is usually to humiliate the victim while avoiding actual injury. For this reason the pie is traditionally of the cream variety without a top crust, and is rarely if ever a hot pie.”

“Perpetrators generally regard the act as a form of ridicule to embarrass and humiliate the victim.”

In this series, I have taken a frame from found video footage of people who have been hit by pies or cake.
I am exploring themes of food and the body as fetish, sex and food, humiliation and transformation.

I have been thinking about how we have learned at a young age not to play with your food, throw food, cover yourself in food, most of all waste food as our parents told us; turning these actions into something forbidden.